Faker, Flash, GeT_RiGhT and Saebyeolbe are or were at one point considered among the best players in the world. All four are known for competence in a number of areas, some excelling in pure technical ability, while others are credited as highly cerebral players. However, the one factor these players all have in common, and arguably the most important, is their attitude towards not only their personal success, but their teams success. These players have an incredibly rare combination of exceptional mechanical ability and winning mentality. These players, during their peaks, were risk-free.

An often overlooked factor in the rapidly evolving esports landscape is how a player’s attitude can affect an organisation. While there has been an increased focus recently on how a player’s demeanour can affect the mindset of his teammates, ultimately impacting team performance, the analysis typically ends there. It’s easy to look at a highly skilled player with an alleged attitude non-conducive for teamwork (Formerly Dardoch of LoL & S1mple of CS:GO) and jump to the conclusion that success will come with a little investment. However, with many esports organisations and tournament hosts receiving sponsorship from corporate giants (Coca-Cola, GEICO) and even traditional sports organisations (Golden State Warriors, Paris Saint-Germain FC), a player with a negative attitude can have a kick-on effect to not only their team, but the legal and financial situation of the entire organisation.

As such, esports organisations need to leverage from established corporate environments and perform risk assessments when thinking about team composition. We are not suggesting aligning esports organisations with an internationally recognised risk framework (yet), but to extract relevant tidbits, and apply these hand-picked segments to hiring strategies. What potential negative effect can a player have on our organisation if we sign them? Is it greater than the benefit of increased performance/rankings? In order to answer these questions, we must first understand risk in the context of esports.

Risk from an esports perspective

If organisations do not properly control their reputational risk, they risk losing investors and fans alike.

When risk is mentioned at an organisational level, the initial and appropriate reaction is “what can go wrong”, and in esports there is quite a lot that can, and has, gone wrong. It is important to note that not all risk is negative, and that some risk, if controlled correctly, can lead to tangible benefits. Putting positive risk and successful risk control aside, let’s shift focus to the risk mismanagement that has been observed, and how esports organisations can strive to improve.

So, what risks do an esports organisation face? Sure, there are the typical risks faced by any company: Theft, Natural Disaster, Fraud so on. Let’s assume most, if not all of these risks have been thought about by large esports organisations (or at least I would hope!), but they also face a rather unique risk that is a direct result of the technologically heavy world esports lives in: Athletes attitude and online presence.

As each organisation has a reputation to maintain, so does each individual. Esports athletes are young, ranging from late teens to early twenties, and are early adopters of technology and heavy users of social media (particularly twitter). Most professional players notably do not have a PR agent, nor managed public accounts (Twitter, Facebook etc.). This cannot be understated, as the risk of public defamation has been greatly reduced in traditional sports through managed accounts. It is not uncommon for professional esports players to share their opinions, both positive and negative, on how a recent game/series has gone. This opinion can be both professional and personal, and, whether intentionally or unintentionally, will impact their public reputation. Furthermore, each individual’s reputation typically shapes the reputation of the organisation they represent. If an organisation is composed of players and staff with negative opinions, more often than not that organisation will be the unwilling bearers of a tarnished reputation. If organisations do not properly control their reputational risk, they risk losing investors and fans alike.

A growing field in Risk Management suggests viewing reputational risk as a strategic risk. Strategic risks are the all-encompassing risks that affect an entire organisation, opposed to operational risks which impact “day-to-day” or “on the ground” jobs and tasks. The importance of reputational risk is reflected in a number of international frameworks and government legislation (more recently in Australia). Frameworks today include impact categories specifically created for “reputational risk”, and these risks and controls are applied to all assets, including human capital.

This brings us to esports media and reputation. A number of the larger esports brands are recognised as strong engages with the community, with minimal scandal. Organisations like Team SoloMid (TSM), Team Liquid, Fnatic and Cloud 9 are examples of successful brands, in no small part to their managed reputation among the community. That being said, even these large organisations are not without reputational fault; all have had their own minor (and major) media storms. The issue is always the same:  All reported cases where a player/staff member of an organisation has publicly spoken out about their unhappiness, the reputational risk management has been entirely reactionary. 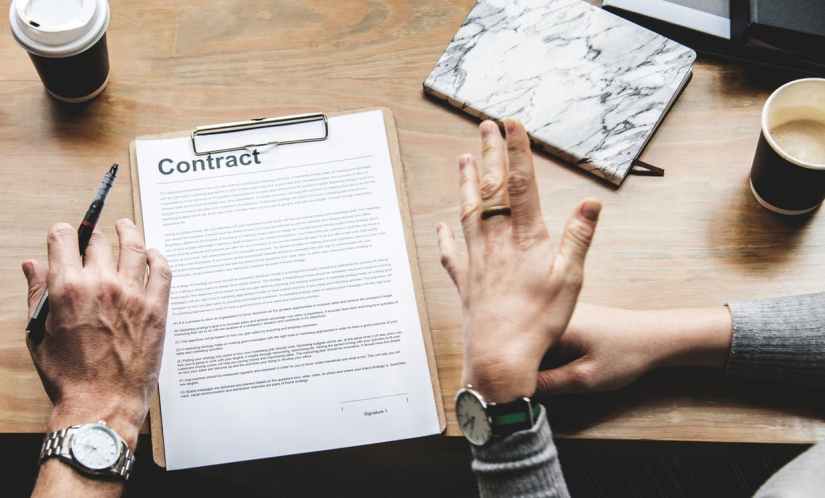 Unsurprisingly, in almost all of the twitter breakdowns, internal arguments and misguided public statements the result is inevitable: someone is “let go”. It logically makes sense; once an issue is brought to the public’s attention, the scrutiny and expectation for change follow suit. In most cases, the organisation’s hand is forced, they have to release the damaging asset.

Some of the recent and largest scandals among esports communities have been centred on a player’s distasteful exit from a team: Dardoch from Team Liquid (League of Legends), xQc from Dallas Fuel (Overwatch League) & kNg from Immortals (CS:GO). In each incident, the player’s behaviour was not surprising to the community; players that had faced them in public matches knew of their temperamental personalities. We can only assume each team had signed the respective players based on their skill ceiling, and not on their perceived public image. The next logical step would be to understand the player, and what causes them to lash out; provide them guidance and support. Based on the fallout, it indicated a lack of strategic planning and personality mismanagement.

In Dardoch’s case, Team Liquid (TL) publicly released a movie-length YouTube video Breaking Point which provided fans and competitors alike an insight into how Dardoch communicates and interacts in a team environment. While many consider this to be “airing the dirty laundry”, TL displayed transparency into the inner turmoil. While TL may not have anticipated Dardoch’s personality to have such gravity on the team, the staff managed to transform a major negative talking point into an overall positive impact for their brand by increasing discussion around their management and displaying uncanny honesty to the community. Naturally, this was received well, and TL managed Dardoch’s relationship effectively from that point onward. Dardoch returned to the roster one year later (albeit briefly).

For Fuel and Immortals, the solution wasn’t as clean. Both xQc and kNg made controversial statements on twitter, painting not only themselves, but their organisation in a negative light. The organisations came under public scrutiny; how could these established organisations allow their players such misguided freedom? While both organisations parted ways with the players and salvaged their reputation, the issue could have been avoided from the offset through proper control and assessment.

Document the Risk, Control the Response

What could these teams have done differently? What can organisations learn from their peers? The answer is not always obvious, especially in managing a team where multiple personalities and social hierarchies exist, but a good starting point would be to document the risks. If you know an incoming player has attitude issues, consider providing them with psychological support, or consider managing their public social media channels on their behalf. It may be meticulous, but often times the most obvious solution can be the most effective.

Thankfully at this early stage in esports long journey to public normalcy and acceptance, esports organisations have not commonly seen sponsorship loss as a direct result of a mismanaged reputation. This issue however cannot be ignored. As esports is growing, more fans, more partnerships and more money all increase the risk for a bigger fall. Esports organisations should strive to control all their risks, including young professionals attitudes, before an incident occurs, and avoid suffering the media storm that follows.

Re:Cover provide coverage over the most recent cyber and digital shock-waves, relating their potential impact to the volatile esports world. View all posts by Re:Cover