Recently, the World Health Organisation (WHO) introduced gaming disorder as a mental illness, again putting esports under the microscope – another piece of the already convoluted esports puzzle.

According to WHO, Gaming Disorder is defined as “a pattern of gaming behaviour (“digital-gaming” or “video-gaming”) characterised by impaired control over gaming, increasing priority given to gaming over other activities to the extent that gaming takes precedence over other interests and daily activities, and continuation of escalation of gaming despite the occurrence of negative consequences”. Video games have a long standing stigma of being an addictive past time that parents often warn their children against. However, according to recent studies,  this notion has been disputed, with other digital media consumption cited as stronger negative influences.

How does this link to esports?

Through competitive gaming, esports was introduced. This has transformed the once negative perception of video games into a more optimistic outlook, by shifting focus away from wasted time to lucrative financial opportunities. When a player can gain financial independence at 18 years old, it is an opportunity very few would reject. For example, Players in the Overwatch League can earn up to $150,000 USD per year, along with health insurance and a retirement savings plan. As a comparison point, the average university graduate in Sydney, Australia would earn just above $60,000 AUD per year  – that is after completing a bachelor’s degree of at least 3 years.

Additionally, the idea of enjoyment through a sport cannot solely be seen as “addiction”, where in other sports, like basketball for example, children are seen to be playing the sport for hours without end as well. It has been debated that a video gamer does not have the highest odds of becoming a professional video game player, however, in comparison to other sports, the odds may not differ as much. In basketball, according to research, high school players who already compete in high school collectively have less than a 4% chance of making a college team in the NCAA men’s basketball league, which includes Divisions I, II and III. The odds then of being draft eligible, let alone actually being draft becomes quite slim. Moreover, the odds for an NCAA student of being drafted by NBA team is approximately 1.2 percent, of the roughly 18,700 male basketball students, only 4150 are expected to be eligible for the draft, and a further 50 expected to be drafted.

Furthermore, video games may be the unfair target and focus of the technological advancement and accessibility that is experienced by millenials and younger children today. According to the International Journal of Health and Addiction, it is noted that “adverse consequences for excess digital technology use does not mean video game addiction (heavy use alone is not a sufficient criterion for addition)”. They argue that social media and other similar avenues have given people access to what could be stronger addictive factors than simply playing video games in itself. Additionally, with the previous points in mind, ‘addictive behaviour’ through the perspective of countless hours playing a video game could instead be viewed as a professional honing their craft, or even essentially “working”.

When a player can gain financial independence at 18 years old, it is an opportunity very few would reject 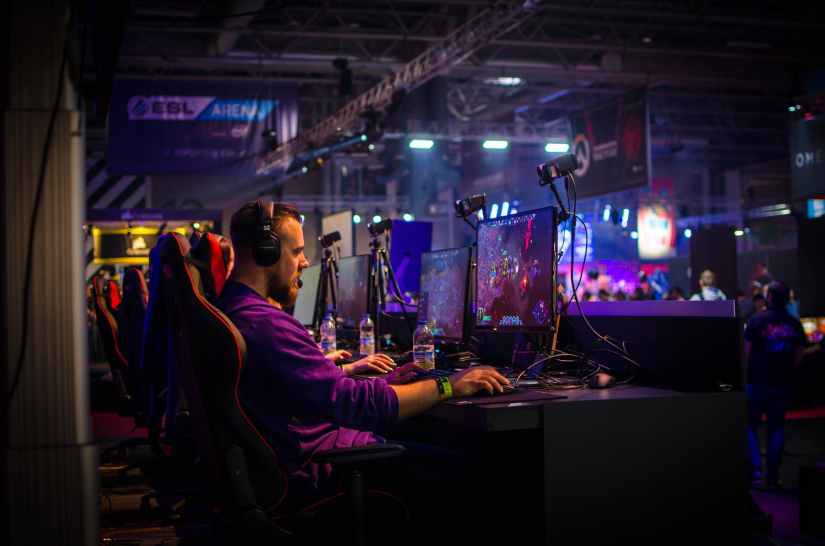 It is an interesting time for the development of esports in light of WHO categorising this addiction. While many may preemptively view this with caution, it is an opportunity to both educate and enlighten crowds around the opportunities that esports can bring to the table.

From an economic standpoint, competitive gaming has introduced tournaments and leagues with substantial prize pools; and in the cases of no prize pool, adequate financial incentives for players who elect to join. The Overwatch League, for example, was created in 2017. As aforementioned, players earn at least a minimum of $50,000 USD, with the highest paid player earning $150,000 USD this year, not including additional sponsorships and streaming revenue. Upon success, teams have the opportunity to compete for a prize pool/bonuses of $3.5 million USD within Season 1 with the prize pool/bonuses expected to rise significantly in Season 2 after the league signed TV deals with ESPN, Disney XD and ABC.

Moreover, through a societal lens, there has been an active push to pivot the way esports is viewed as a pastime. For example, many countries have started to adopt video games as an extracurricular activity. There has been an uplift in the cohort of college students with aspirations of becoming professional video game players through the increase of varsity collegiate esports, which begun with just League of Legends, now expanding to include 50 other Esports Programs as well. Esports Camps have also been introduced to help train younger kids in developing their video game skills, while giving them a shot at entertaining those college and/or professional Esport programs. Regardless of professional aspiration, the introduction of new ideas has allowed younger kids to view esports in a different light – just like other extracurricular activities children typically participate in.

Despite the positive transformations occurring in the esports and video game space, organisations understand the crux of addictions are not completely unfounded. Internally, players are subject to activities and enhancements within their ‘work days’ to ensure burn out or anxiety/stress is mitigated. Players like Harry Hook of Dallas Fuel is one of many players who have started personal training sessions, encouraged by the organisations they play for. Moreover, these organisations have marketed these lifestyles to the audiences well by way of education, helping children understand that balance is paramount when enjoying a video game.

As esports continues on this upward trajectory of popularity, it will be interesting to watch how organisations, teams, gamers and their families react to these changes, and whether this dated stigma can finally be broken.

Re:Cover provide coverage over the most recent cyber and digital shock-waves, relating their potential impact to the volatile esports world. View all posts by Re:Cover